Belarus protest turns violent as Lukashenko sworn in as President 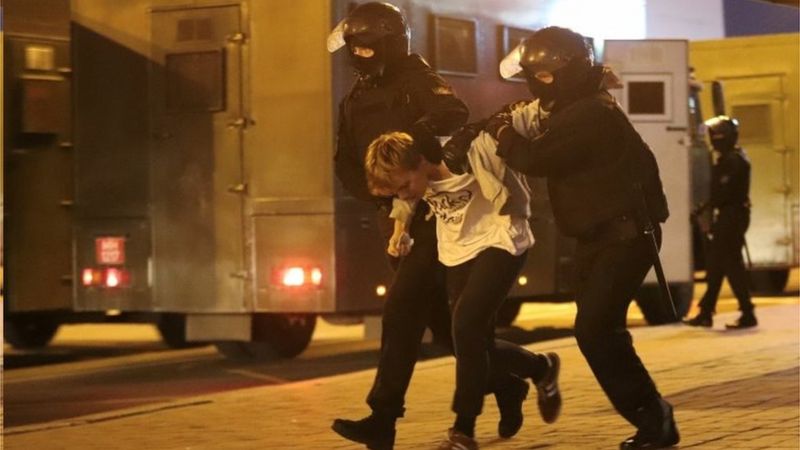 The ongoing protest in Belarus has turned violent, as the country has organised a secret function to appoint tainted leader Alexander Lukashenko as the President of the country.

The country is in the state of unrest since the election which awarded a landslide victory to Mr. Lukashenko.

The opposition alleged that the election was not conducted in a free and fair manner. The opinion was backed by the European Union countries and the United States.

In the aftermath of the election, the Belarus dictator allegedly launched a serious crackdown in the country.

Violence was unleashed against protesters. Several International human rights organisations, including Amnesty International, appealed for the intervention of the International community.

Amnesty International claimed that those protesters who were arrested were subjected to severe mental and physical torture and some of them were event threatened with rape.

At present, Russia is the only country which supports Belarus. It even offered to send police forces to support the Belarus dictator.

Belarus is, with out any doubt, a satellite state of Russia.

The possibility is high for this crisis to transform as a European crisis. It is pertinent not to allow such a transformation.