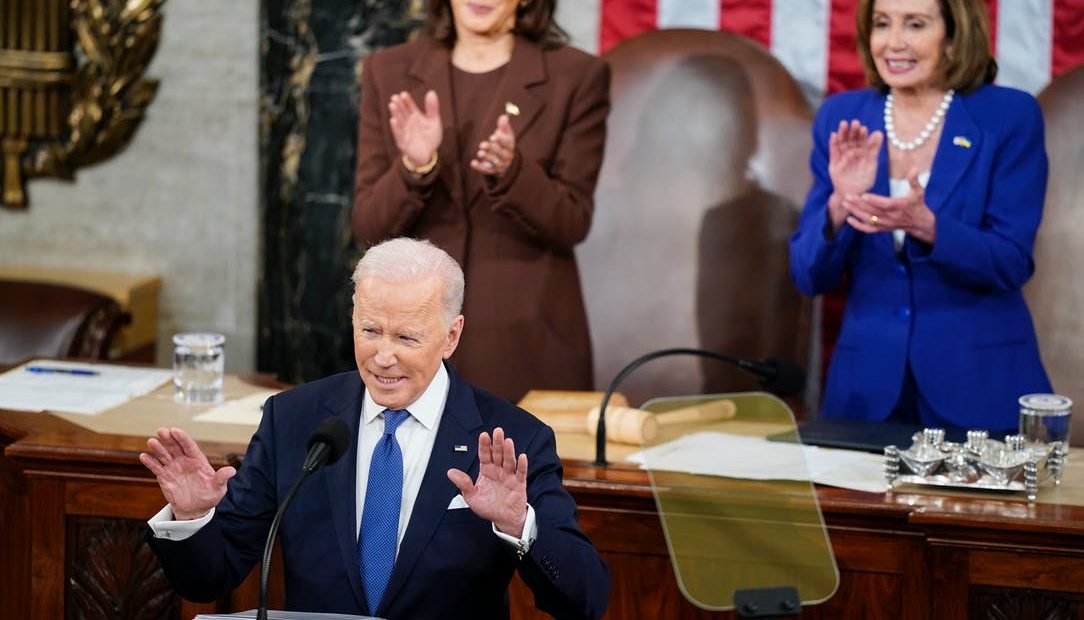 US Vice President Joe Biden told Congress that his Russian counterpart, Vladimir Putin, miscalculated how the West would respond when he invaded Ukraine.

Mr. Biden promised in a primetime speech that “freedom will always triumph over tyranny.” His State of the Union address comes at a time when pandemic-weary Americans are grappling with skyrocketing inflation. At this point in his presidency, Mr. Biden is almost as unpopular as Donald Trump.

The US president threatened Russia with more economic retaliation, saying, “He has no idea what’s coming.”

Ukrainian Ambassador Oksana Markarova, who was sitting in US First Lady Jill Biden’s VIP box for the event, was also welcomed by the US president.

Mr. Biden’s State of the Union address, an annual event that pushes a president’s agenda, comes at a time when his personal popularity is at an all-time low.

According to the RealClearPolitics polling average, only 40.6 percent of Americans approve of the job he is doing. Despite the fact that the unemployment rate in the United States has fallen to 4%, inflation has reached a 40-year high.

The homicide rate in the United States has reached a 25-year high.

According to polls, Americans are dissatisfied with Mr. Biden’s handling of the coronavirus pandemic and the chaotic US withdrawal from Afghanistan last year.

On Tuesday night, the president attempted to empathise with hard-pressed working families, saying: “Inflation is robbing them [Americans] of gains they thought they would be able to feel otherwise. I understand.”

However, the invasion of Ukraine, his most serious foreign policy crisis, dominated the opening of his speech.

Mr. Biden spoke with Ukrainian President Volodymyr Zelensky hours before his speech to discuss what US assistance he could provide his country after six days of a Russian assault.