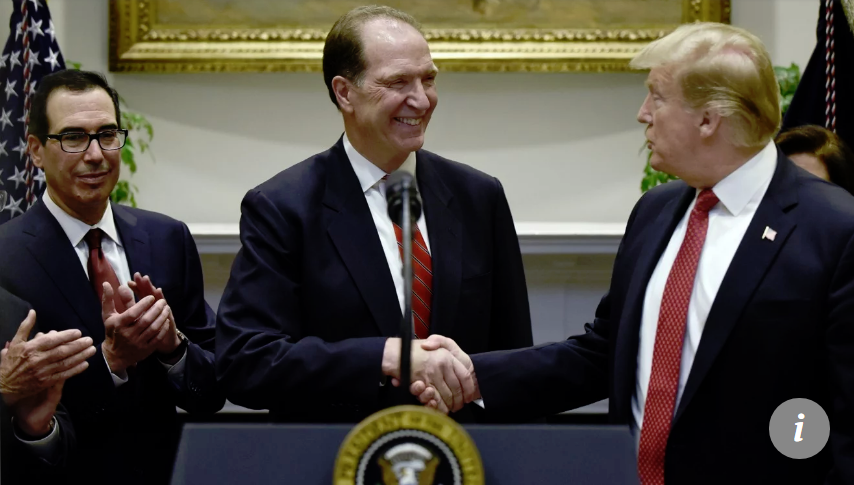 US President Donald Trump has nominated US Treasury’s David Malpass as his pick for the next world bank president on Wednesday (local time). Maplass is known to a Trump legalistic and senior economic adviser to the US President, during his 2016 election campaign.

The 62 year old has criticized the world bank and other institutions such as the IMF in the past. Malpass would be a “strong advocate for accountability” at the World Bank, said Donald Trump.

“The Wall Street Journal just said today in an editorial that David Malpass is an excellent choice, which is America is the largest contributor to the World Bank, giving it over USD 1 billion every year,” ,Trump said.

If elected as the President of the World Bank, Malpass would replace South Korea’s Jim Yong Kim in April this year. Jim Yong Kim resigned unexpectedly last month from his post.