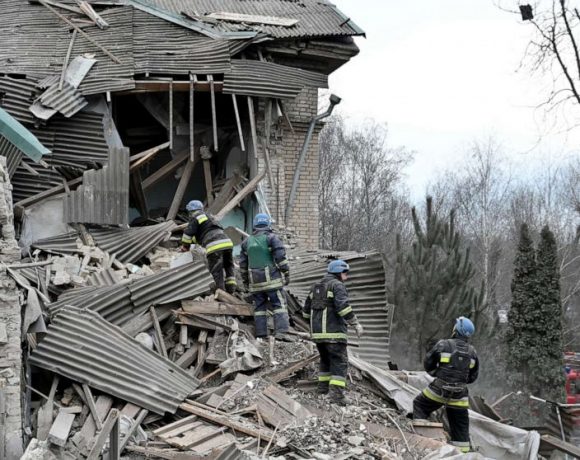 According to rescue officials, a newborn baby has been killed in a Russian missile attack on a maternity centre in southern Ukraine’s Zaporizhzhia area. A doctor and the baby’s mother, who was the only woman in the building at the time, were extricated from the wreckage.

Volodymyr Zelensky, the president of Ukraine, charged that Russia had brought “horror and bloodshed” to his nation. An important nuclear reactor is located in the Zaporizhzhia region, which has been the target of numerous Russian strikes.

The hospital’s maternity wing was hit by Russian missiles overnight, according to Ukrainian emergency services, in the town of Vilnyansk, which is still under Ukrainian control. Although Ukraine controls the territory, the entire Zaporizhzhia region has been annexed by Russia as a result of phoney referendums held in September.

Earlier on Wednesday, Kupiansk, a town in the Kharkiv region that was retaken by Ukrainian forces in September, was the target of bombardment that resulted in the deaths of two civilians, according to Ukrainian officials.

President Zelensky accused Russia of trying to “accomplish with violence and murder what it was unable to do for nine months” on the battlefield in remarks made following both attacks.

Throughout the nine-month conflict, Russia has attacked a number of hospitals, including one in Mariupol that resulted in the deaths of three people, including a toddler, in March. At the time, Russia claimed that the strike had been faked.

The World Health Organization has documented 703 attacks on health infrastructure since Russia’s invasion began on 24 February – it defines an attack as involving violence as well as threatened violence against hospitals, ambulances and medical supplies.

Russian commanders were probably use unmanned aerial vehicles (UAV) built in Iran, the UK Ministry of Defence claimed on Wednesday, to “prioritise medical facilities as targets of opportunity and hit them with guided missiles if found.”

Russia has taken control of several areas of the larger Zaporizhzhia region, including the nuclear power facility, which was seized by Russian forces weeks after the invasion started. Zaporizhzhia and other Ukrainian territory were acquired by Russia in September, although they were repelled on the battlefield in the south, particularly in the Kherson region. Across the Dnipro River, the two armies are facing one another. 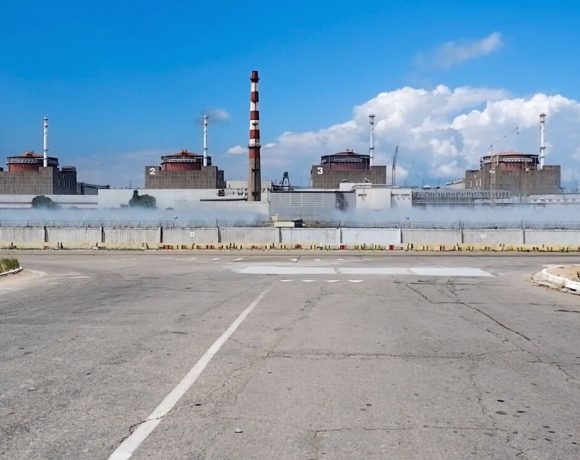 The head of Ukraine’s Zaporizhzhia nuclear power facility has been taken prisoner by Russian forces, according to Enerhoatom, the country’s national nuclear regulator.

It claims that at around 16:00 local time (13:00 GMT) on Friday, Ihor Murashov was detained as his automobile was travelling from the facility to the nearby town of Enerhodar.

According to the president of Enerhoatom, he was afterwards blindfolded and transferred to a detention facility in Enerhodar. Russia has made no remarks.

In March, Moscow took control of the largest nuclear power facility in Europe and retained its Ukrainian employees. In the midst of widespread worries that this could result in a significant radiation disaster in Europe, both Ukraine and Russia accuse one another of repeatedly shelling the plant.

President of Enerhoatom Petro Kotin stated that Mr. Murashov “bears major and exclusive responsibility for the nuclear and radiation safety” of the nuclear facility in a statement that was made public on Saturday.

The largest nuclear power plant in Europe and Ukraine’s operational safety, he claimed, are both at risk due to Friday’s imprisonment.

Furthermore, he informed the BBC that the arrest took place at the same time as Russian President Vladimir Putin declared the annexation of four regions of Ukraine, including Zaporizhzhia.

According to Mr. Kontin, Rosatom representatives paid a visit to the plant “only two days ago.” They said the power plant would be transferred from Ukrainian control to Rosatom’s control in line with the annexation of the region.

In the occupied portion of the southern Zaporizhzhia area of Ukraine, close to Enerhodar, is where the six-reactor Zaporizhzhia nuclear facility is situated.

According to Ukraine, Russian troops are utilising the station as a military base and are effectively holding the staff at gunpoint. Moscow refutes the assertion.

Vladimir Putin, the president of Russia, announced the annexation of the Zaporizhzhia, Kherson, Donetsk, and Luhansk regions on Friday. Ukraine and the West strongly denounced this action. None of the four eastern and southern areas of Ukraine are entirely under Moscow’s influence. 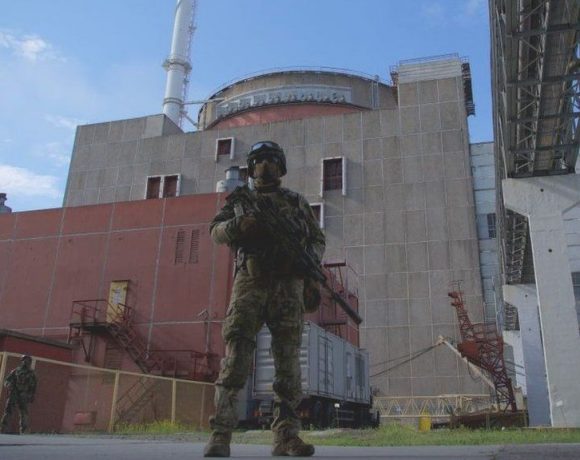 According to the CEO of Ukraine’s nuclear power corporation, Russian forces occupying the Zaporizhzhia nuclear power station have turned the facility into a military base from which to assault Ukrainian positions.

The plant was under “huge” threat, but it was still safe, Petro Kotin told the BBC. Russia and Ukraine have been blaming one another for attacks on the station, Europe’s largest nuclear plant, for days now, heightening fears of a serious accident. The complex is still run by Ukrainian experts despite being occupied by Russia since early March.

Over the weekend, Ukraine accused Russian forces of bombing the Soviet-era plant, claiming three radiation monitors were damaged and two personnel were hospitalised with shrapnel wounds.

Enerhoatom’s CEO, Mr. Kotin, made unconfirmed accusations that 500 Russian military were stationed at the factory and had set up rocket launchers nearby.

Because nobody from Ukraine is likely to take action, “They [Russian soldiers] utilise it [the power plant] like a shield against the Ukrainian military,” Mr. Kotin stated.

However, Russia refuted the charges and claimed that the strikes were the work of Ukrainian forces. According to the nation’s defence ministry, the shelling had damaged a high-voltage power cable.

A Washington-based think tank called the Institute for the Study of War claimed last week that Russia was exploiting Western concerns about a nuclear disaster by building the facility, “presumably in an effort to weaken Western will to offer military support” to Ukraine.