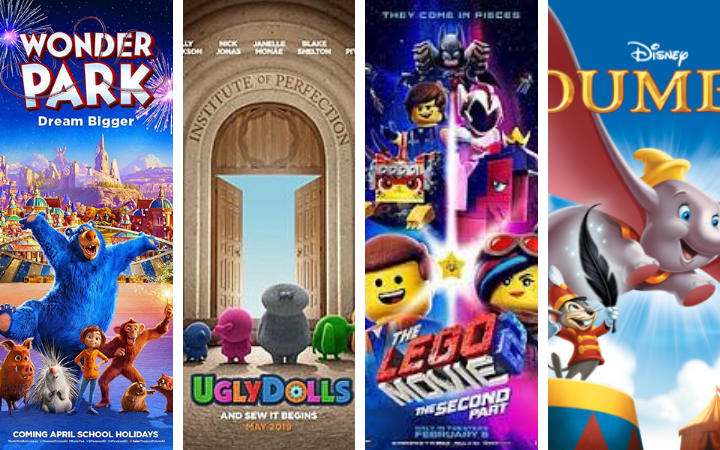 The Lego Movie 2: The Second Part

The lego movie 2: The second part is a fantasy/science fiction directed by Mike Mitchell. The movie is scheduled to be released on 8 February 2019(USA). Chris Miller, Phil Lord, Dan Lin, Roy Lee and Jinko Gotoh are the movie producers. The screenplay is done by Chris Miller and Phil Lord.

An animated adventure directed by Kelly Asbury in which the free-spirited UglyDolls confront what it means to be different, struggle with a desire to be loved, and ultimately discover who you truly are is what matters most. The movie expected to be released on 3 May 2019 (USA). The music direction is done by Christopher Lennertz. The movie is produced by Robert Rodriguez and Jane Hartwell.

Wonder Park is the story of a girl, some animals, and a magic amusement park, directed by Robert Iscove, Clare Kilner and David Feiss. The movie is expected to be released on 15 March 2019 (USA). The movie is produced with a budget of 10 crores USD. The music is done by Steven Price.

Dumbo is an action adventure movie directed by Tim Burton. From Disney and visionary director Tim Burton, the all-new grand live-action adventure “Dumbo” expands on the beloved classic story where differences are celebrated, family is cherished and dreams take flight. Producers of the movie are Ehren Kruger, Derek Frey, Justin Springer and Katterli Frauenfelder. The movie is scheduled to be released on 29 Mar, 2019.