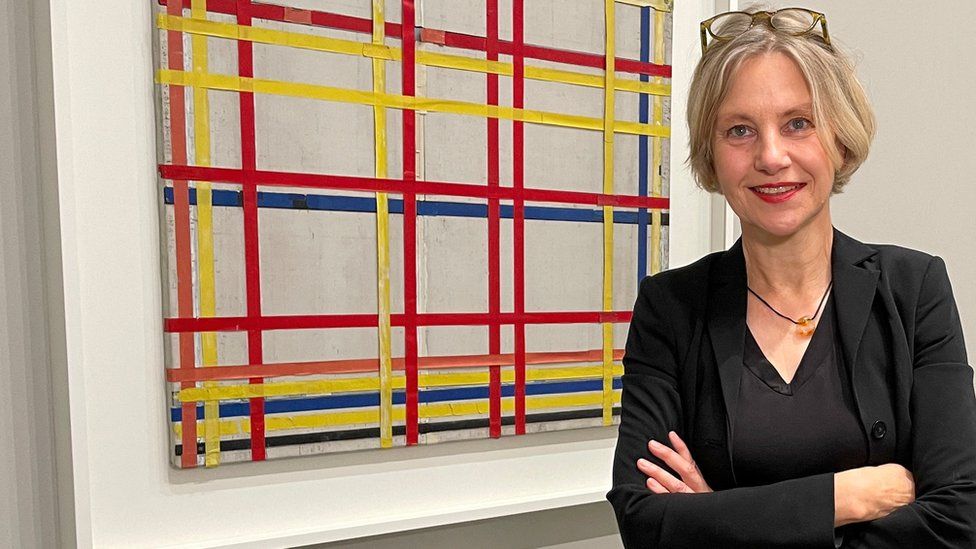 According to an art historian, a Piet Mondrian abstract painting has been hanging upside down in different galleries for 75 years.  Despite the recent discovery, the painting, titled New York City I, will still be exhibited backwards to protect it from damage.

The 1941 image was first displayed in 1945 at the MoMA in New York. Since 1980, it has hung in Düsseldorf at the North Rhine-Westphalia state art collection.  The long-standing mistake was discovered by curator Susanne Meyer-Büser early this year when researching the museum’s new exhibition on the artist, but she cautioned that if it were placed the correct way at this time, it might fall apart.

New York City I is an adhesive-tape version of the similarly named New York City painting by the same artist.

The similarly called New York City, which is on exhibit at the Centre Pompidou in Paris, shows a thickening of lines towards the top rather than the bottom, which appears to support this notion.

Furthermore, the identical painting is visible hanging on an easel the wrong way up in a picture of the prominent Dutchman’s workshop that was shot a few days after his passing. In June 1944, the picture appeared in the American lifestyle publication Town and Country.