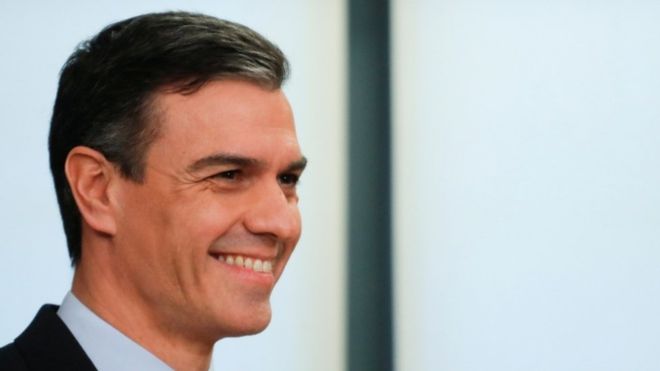 Paving the way for the formation of a coalition government, the biggest separatist party based in Catalonia has extended its support to Prime Minister Pedro Sanchez.

The move has end the deadlock under which Spain was brought by an inconclusive election result.

The support means Spain can no longer look the question of the independence of Catalonia with disrespect.

At this moment, it remains unclear the new coalition government will agree to conduct a formal Catalan independence referendum.

Earlier, an informal referendum conducted by the regional government in Catalonia was supported hugely by the people of the region.

It even paved the way for the emergence of a confrontation between the regional government in Catalonia and the central government.

Meanwhile, another big question that remains is whether the destiny of the punished Catalonian separatist leader will be overturned.

Several Catalonian leaders have been punished severely as the central government has chosen not to take a lenient stand in the independence issue.

Catalonia is a rich territory in Spain. Its culture is a bit different from that of the rest of the country. A considerable number of Catalonians want to be identified with Catalonia than with Spain.

Anyway, the new political development in Spain is a big boost to the Catalonian separatist movement.