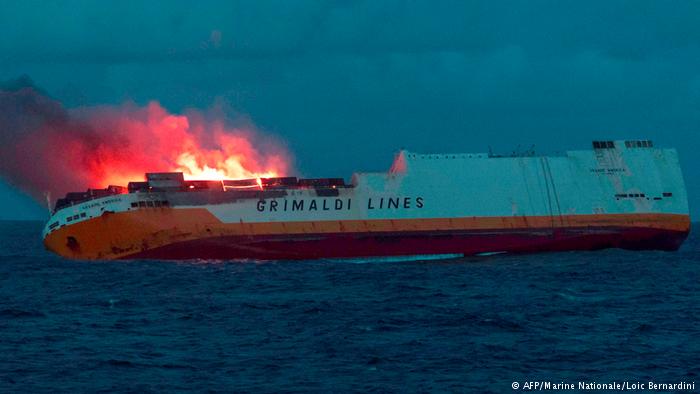 After an Italian cargo ship, carrying 45 containers of “dangerous materials” sank in the Atlantic, an oil slick was heading towards the French coastline on Thursday. The Italian-registered ship had also carried 2,200 tons of fuel.

The oil slick was 10 kilometres (six miles) long and one km wide in size. This could hit the southwest region near the port city of Bordeaux this weekend.

Francois de Rugy, the environment minister said on Wednesday : “According to our forecasts, fragments could reach some areas of the coast in Nouvelle-Aquitaine by Sunday or Monday owing to bad weather, which also risks making the anti-pollution operation more difficult”.

Four ships will be send by France to help battle the oil slick at sea. Francois said that a clean-up operation on land will also be arranged.